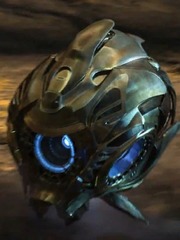 Not a Probe's Journey ( StarCraft + other worlds)

What is Not a Probe's Journey ( StarCraft + other worlds)

Not a Probe's Journey ( StarCraft + other worlds) is a popular fanfic written by the author Muravey, covering SYSTEM, REINCARNATION, ACTION, ADVENTURE, Video Games genres. It's viewed by 744.8K readers with an average rating of 4.42/5 and 23 reviews. The novel is being serialized to 78 chapters, new chapters will be published in Webnovel with all rights reserved.

Imagine reincarnating. But not into some godly being with OP powers, but into Probe from StarCraft. But at least MC is not absolutely dumb, so he understands that he have potential because he can call upon mighty protoss on his journey. So, sit back, relax, and enjoy this strange situation. ____________ I hope you won't be angry if release would be inconsistent and extremely slow. ____________ Image is taken from Starcraft 2 wiki, i don't own it.