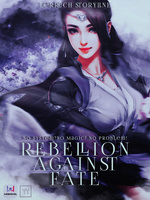 No System? No Problem! (Rebellion Against the Heavenly Fate)

What is No System? No Problem! (Rebellion Against the Heavenly Fate)

No System? No Problem! (Rebellion Against the Heavenly Fate) is a popular web novel written by the author Ierrech, covering Magical Realism genres. It's viewed by 783.2K readers with an average rating of 4.39/5 and 21 reviews. The novel is being serialized to 73 chapters, new chapters will be published in Webnovel with all rights reserved.

Systems? Transmigrators? Gods? No problem! All will crumble under my fists! Smashing dragons, devils and heros into meat patties! Still, she has a dream - "When will I have a boyfriend...?" "If the wretched heavens are against me..." "...Then I shall BREAK the heavens!" Sam is an orphan with a dream: a simple life and happy family. Nearly talent-less (and ahem, a little slow witted...), she has only her two (overpowered) fists to rely on in a world that seems determined to make her forever-alone. Follow her story as she falls in love and learns what it means to experience loss; Shares thick and thin with the most unexpected companions; Faces betrayal by the ones she thought were the closest; And learns to open her heart again to trust. ANNOUNCEMENTS NEVER DROPPED UNTIL COMPLETED. ...but major slow down as I am focusing on Desolate Mage. Note: Romance will take time - and chapters :) Join the Discord Chat Channel! https://discord.gg/sT3TG3f BONUS CHAPTERS Updated 29/11/18 Top 100 = 1 ADDITIONAL bonus chapters! Top 50 = 5 ADDITIONAL bonus chapters!

Epiphany of the Weak

The Devil WithInn (Under Revision)

She Becomes the Hero in Another World

Knight in Another World (Complete)

Beneath the Embroidered Brocade