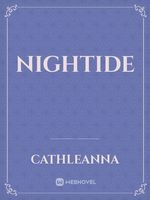 Nightide is a popular web novel written by the author Cathleanna, covering ROMANCE, MODERN, FEMALE LEAD, GENDER-BENDER, REVERSE-HAREM, SLICE-OF-LIFE-ISH, Contemporary Romance genres. It's viewed by 7.3K readers with an average rating of 0/5 and 0 reviews. The novel is being serialized to 33 chapters, new chapters will be published in Webnovel with all rights reserved.

Hae Mina and her twin brother Hae Jae-Woo grew up living on the streets and fighting to stay alive. Everyday was a struggle until Jae-Woo befriended the members of the popular boy band Nightide. After such a rough life, it appeared luck was finally on their side but after a tragic accident, Hae Mina is forced to disguise herself as her brother and attend the male exclusive University and take his place in the band until he recovers. Will she be able to keep her identity a secret? Will she be able to keep her temper under control? And most importantly, how will the sparks fly? This book is not appropriate for readers under 20 years of age; contains elements of violence, domestic abuse, classism, and sexual content.