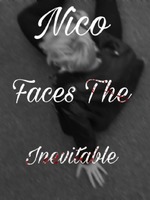 What is Nico Faces the Inevitable

Nico Faces the Inevitable is a popular web novel written by the author jameseric, covering ROMANCE, LGBT, APOCALYPSE, TRAGEDY, END OF THE WORLD, APOCALYPSE SURVIVAL, Sci-fi genres. It's viewed by 1.9K readers with an average rating of 0/5 and 1 reviews. The novel is being serialized to 1 chapters, new chapters will be published in Webnovel with all rights reserved.

Nico Fisher is facing the inevitable, he's dying. Which makes facing the end of the world a hell of a lot more chaotic. Especially with a life depending on him. You see, Nico has one problem. Something that is keeping him from just going ahead and kicking the bucket. His little brother Dimitri survived. Now, with the mission of keeping him safe, Nico's goal is to get to one of the last remaining military bases in America. Along the way, he, along with his brother, have to face the fact that he won't be there much longer to protect them.