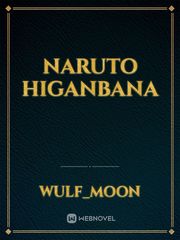 What is Naruto Higanbana

Naruto Higanbana is a popular web novel written by the author Wulf_Moon, covering NARUTO, HIGANBANA, Martial Arts genres. It's viewed by 1.8K readers . The novel is being serialized to 1 chapters, new chapters will be published in Webnovel with all rights reserved.

Just wrote this small unfinished chapter too appease my mind. Internet was off xd, fell free to have a look if you have nothing better to do lol. Naruto Higabana, basically Uzumaki clan but with a new name and dojutsu. Its one ability is to cast genjutsu, really overpowered ones that even the sharingan, byakugan will find difficult with. In short it’s the classic mob, awaken and dominate. Well... it’s only 1k and unfinished so.. the previos two... None of that chasing, just ASAP on to the awakening since writing that extra stuff felt redundant, annoying. Also mine is just a rushed story that I haven’t put much thought into. No more rambling, read if you so desire (if you have nothing else to do)