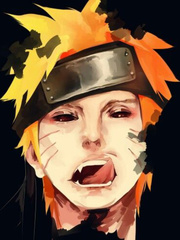 What is Namikaze Legend

Namikaze Legend is a popular fanfic written by the author AlexCiprianH, covering OPMC, UCHIHAMC, ROMANCE, NARUTO, ACTION, MOKUTONMC, Anime & Comics genres. It's viewed by 120.9K readers . The novel is being serialized to 38 chapters, new chapters will be published in Webnovel with all rights reserved.

In a twist of fate, Tobirama's only child survives and the Senju legacy continued. Years have passed since, and now two brothers have rose again to shake the entire world with their power, only this time they have the powers of both the Uchiha and Senju. . . . Original Creator: https://m.fanfiction.net/u/4473912/ if you are the original owner and want me to stop translating message me.

The Kage of Kages (Naruto Fan-Fic)