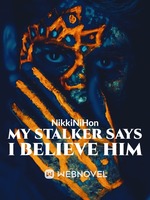 My Stalker Says I Believe Him

What is My Stalker Says I Believe Him

My Stalker Says I Believe Him is a popular web novel written by the author NikkiNiHon, covering ANIMALEARS, OTOMEGAME, ISEKAI, NONHUMANLEAD, APOCALYPTIC, Magical Realism genres. It's viewed by 75K readers with an average rating of 0/5 and 2 reviews. The novel is being serialized to 33 chapters, new chapters will be published in Webnovel with all rights reserved.

In the game he'd played, the daughter of the Duke saved the world. Her beautiful appearance, cheat ability, and tenacious spirit as she stood by the Player's side made her popular with male and female fans alike. When he dies he finds himself in the game. It's all real. Born as a powerless ghost spirit, he needs help if he wants the power to stand by his beloved heroine. So he seeks out the Millennium Magic Genius. He had talent unseen in thousands of years. With a few tips from his knowledge of the game, the Genius could grant him the ability to stand by the Heroine's side. He didn't expect that someone else would visit during his stay with the Genius. Or that there had originally been two daughters of the dukes. It turns out the cat-folk who was said to have started the Apocalypse was the Heroine's twin sister. Even more surprising, she didn't kill her Father, like it had been said in the game. She entirely doesn't act like her character. Maybe she would in the future, but right now she was simply a heart-broken little girl. He can't help but be awestruck by her. The changes brought about show another side of her. A side that shows potential to be a Heroine. If he shapes her, can he use her? Can he avoid the bad ending depicted in the game? So, he decided to help her. He will stay by her side and keep her from getting mixed up in plots that might pull her into being the abandoned, tortured character he knew. He will fight so she can stay happy. He will protect her; He WILL save her. Even if it means saving the rest of the world first.

Reincarnation From Villainess to Princess: Journey to Being Empress