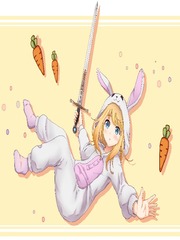 My Sister The Villainess Volume 2

What is My Sister The Villainess Volume 2

My Sister The Villainess Volume 2 is a popular web novel written by the author AnonCommander, covering HAREM, FORBIDDEN LOVE, COMEDY, Fantasy genres. It's viewed by 1.6M readers with an average rating of 4.63/5 and 183 reviews. The novel is being serialized to 119 chapters, new chapters will be published in Webnovel with all rights reserved.

Tell me, what does one do when they discover they were reincarnated into an Otome game as the villainess' playboy older brother? Of course I had always been aware of my situation as a reincarnated person, but it was only when my sister's engagement to the Crown Prince was announced that I finally encountered a piece of my first life after all these years. I thought, "Hey, this is exactly the same situation as that Otome game I was playing that day!" But wait. My sister becomes the evil, hated villainess whose fate doesn't ends well at all, you say? As if I'd allow that! The protagonist wants to steal your man and ruin you? Too arrogant! This daddy(brother) will mess her up good! I'll completely crush all the people that want to harm my precious, adorable little sister! Just fall in love with the Crown Prince and achieve your happiness, my sweet sister! This is such a story. ...Except my sister seems to be a blooming bro-con? And the heroine keeps looking at me funny... *** Author: I will be posting this novel to Royalroadl under the same username, Anoncommander. *** Sit down and have a pint at the Dragon Tavern! https://discord.gg/cHeN3KR Also don't forget to check out Chaptail, a new site created by a comrade in culture for aspiring authors just like you! Or, if you're a reader with a bit of pocket money on hand, a way to support your favorite writers. https://chaptail.com/

Why Did You Summon Me？