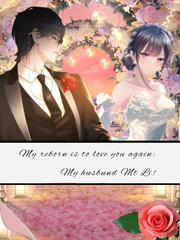 My reborn is to love you again: My husband Mr li!