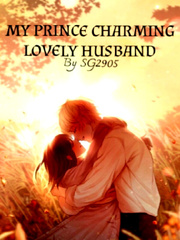 What is My Prince Charming - Lovely Husband

My Prince Charming - Lovely Husband is a popular web novel written by the author SG2905, covering STRONG FEMALE LEAD, ROMANCE, R-18, MODERN, ENTERTAIMENT INDUSTRY, Contemporary Romance genres. It's viewed by 75.3K readers . The novel is being serialized to 30 chapters, new chapters will be published in Webnovel with all rights reserved.

"It's been three hours since we officially became a married couple. It's only fair for you to call me hubby.. don't you think so, wifey?" This man was too good at sweetening his words, her heart was now swimming in fire. She closed her eyes and took a deep breath to cool down and spoke awkwardly. "But don't tell me...you wanted me to do the same all the time. I'd better call you as President Gu outside the house" Of course, he would let her call him however she likes when in public but not when she's around him. "It's upto to you how you call me in public..but I want you to scream my name like a mad woman...only when...you are under me"  Scream his name like a madwoman.. Only when she was under him... What was he even speaking?! Her heart pounded like a drum and she covered her red cheeks with her hands when she finally realized the meaning. "Pervert..who wants to scream your name?" Gu Zichen chuckled looking at his wife running out of the room like a scared lamb. -- Three years ago, her niece snatched her fiancé and her sister in law plotted against her to kick her out of the house. Three years later, Wu Jinyan witnessed a road accident. She didn't think just a simple task of donating her blood would bring her a free husband. "Marry me" the man said. "I agree..." Wu Jinyan nodded and gave a pleasant smile. She didn't care about the reason for him to ask her because she quite liked his handsome face. Only after getting married, she came to know her husband was the walking load of gold, the city's top businessman, Gu Zichen. -- "Hand in hand, walking down the streets, had all the fun Going wild like never before we made the best memories All that bliss, all that bliss I know, it was momentary Don't you agree? I do cause I'm Too good at predicting I know, there's no hope no hope to our future, baby I've seen too many movies there's no perfect love story but what a shame, whom to blame we've got no love, no love there's no love in our story" Gu Zichen gave a smile with a gloomy heart while listening to the song playing on the radio as he seem to understood the reason for his wife to run away from the house. Unknown to him, the singer who sang the song was his wife. --- *The cover picture doesn't belong to me, all credits to the owner* *All the characters and the plot are fictional and meant no offense to any individual*

Eighteen Again: The CEO's Wife was a Delinquent