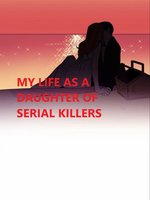 My Life As A Daughter Of Serial Killers

What is My Life As A Daughter Of Serial Killers

My Life As A Daughter Of Serial Killers is a popular web novel written by the author Akua_kyeiwaa, covering ROMANCE, FRIENDSHIP, CRIME, DETECTIVE, PSYCHOPATH, PSYCHO, OBESSESION, SERIAL KILLERS, Contemporary Romance genres. It's viewed by 24.2K readers with an average rating of 0/5 and 9 reviews. The novel is being serialized to 24 chapters, new chapters will be published in Webnovel with all rights reserved.

Barbara Wood is a detective. she has live her whole life with guilt because of the crimes that her parents committed. she has finally made up a decision to live her life as a normal girl in her twenties. she want to make friends, fall in love and become a detective that protect people from crazy criminals. Therefore, she started working at the police headquarters in the country. Will she be able to do? when her past is always hunting her. Join Barbara and her fellow detectives to solve crimes and make sure that they bring criminals into justice. This novel is filled with sweet-loving friendships moments, romance and solving crimes

Villainess 101: The President's wife is a vengeful devil

The Days When I’m With You

BIRTH OF THE DEVILISH CEO:SO WHAT IF I'M A LADY?