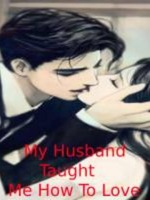 My Husband Taught Me How To Love

What is My Husband Taught Me How To Love

My Husband Taught Me How To Love is a popular web novel written by the author RASI, covering ROMANCE, MARRIAGE, LOVE TRIANGLE, MISUNDERSTANDING, ACCIDENT, SEPARATION, MEMORY LOSS, Realistic Fiction genres. It's viewed by 17.9K readers with an average rating of 0/5 and 5 reviews. The novel is being serialized to 16 chapters, new chapters will be published in Webnovel with all rights reserved.

Lisa is a beautiful young girl who is working as a drawing instructor. She was in love with her boyfriend Daniel Brooke, who is an aspiring lawyer, for two years but her parents are pressuring her to get married to their chosen bridegroom Carl Black, who is a professor. Lisa asked Daniel to get married but he refused as he wanted to concentrate on his career. His dream is to be a famous lawyer like his father. To get success and fame he engaged with the daughter of the Mayor of their city which broke Lisa totally and decided to move on and get married to Carl Black. Initially, she was confused and not in love with Carl Black but slowly she started developing feelings for him, but Daniel was not ready to leave her. He tried to get her back in his life and created a misunderstanding between Lisa and Carl Black and their married life became like a living hell. Can they overcome all the odds and save their marriage?