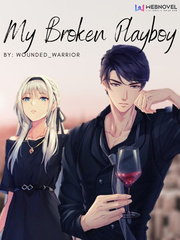 What is My Broken Playboy

My Broken Playboy is a popular web novel written by the author wounded_warrior, covering PLAYBOY, ROMANCE, CEO, LOVE, REJECTION, DRAMA, PRINCE, FASHION, LOVEHATERELATIONSHIP, EXBESTFRIEND, Contemporary Romance genres. It's viewed by 16.5K readers with an average rating of 4.95/5 and 13 reviews. The novel is being serialized to 9 chapters, new chapters will be published in Webnovel with all rights reserved.

The moment Selina bumps into the notorious Alexander Sebastian in a bar her life changes forever. _____________________________________________________________ “Selina?” A familiar voice called out in surprise as Selina exited the airport terminal. Exhausted from her flight, Selina was waiting for her twin brother to pick her up when someone familiar called her name. As she turned she realized it was someone she hadn’t seen in years. “Hey Jen.” Selina said with a warm smile. Jen ran up and hugged her, she was acting as if nothing happened years ago in Germany. “I didn’t know you were coming back!” Jen said as she released Selina from her arms. “Well, I didn’t want too many people knowing about my return.” Selina said with a shrug. “Only Helios knows.” Helios was Selina’s twin brother, yes their parents named them after the sun and the moon. “I know this must be awkward, especially after you rejected me two years ago.” Jen said. Selina frowned slightly. She didn’t reject Jen two years ago, she had been rejecting Jen for years and yet Jen persisted. “Selina!” A young man called as his luxury sedan parked in front of the pair. “I have to go, Jen. It was nice seeing you.” Selina smiled as the man got out and helped her load her things into the trunk of the car. As Selina’s car drove off she saw another familiar figure approach Jen and pull her into his arms. How unlucky was she to run into Jen Pelaez and Alexander Sebastian the moment she landed. ________________________________________________________________ How unlucky can Selina be? She comes home to her country to bring home the fashion empire she built abroad, only to bump into her ex-best friend. What’s so interesting about this ex-best friend? She used to be in love with Selina. Jennifer confessed her love to Selina in highschool but was rejected, so she persevered and followed Selina all over the world. It isn’t Selina’s fault that she likes men not women. Second shock? Jennifer is now dating the most notorious playboy in the country, Alexander Sebastian, the scion of the political Sebastian family and Selina's almost fiance. The thing is, Selina can’t help but stare at the dashing playboy, her heart seems to race at the sight of him, but she knows no good can come from being with Alexander Sebastian. NOTE: This novel is heavy on character improvement

It's a Psycho Thing