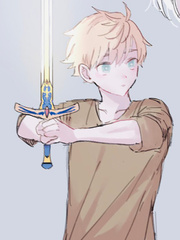 What is Mushoku Tensei: Arthur Greyrat. The elder twin brother of Rudeus

Mushoku Tensei: Arthur Greyrat. The elder twin brother of Rudeus is a popular fanfic written by the author Rudeus_GreyratRoxy, covering OP MC, HARÉM, REINCARNATION, Anime & Comics genres. It's viewed by 1.5M readers with an average rating of 4.2/5 and 46 reviews. The novel is being serialized to 71 chapters, new chapters will be published in Webnovel with all rights reserved.

(English is not my main language) I recommend reading at Chapter 31 if you want better quality. {BEWARE!! First time writing a fanfic so expect the quality is bad!! When I first started this I don't really care if my story is bad or not as long as I am having fun writing it.} I just moved it here from the novel section to the ff section. Quality is not so good in the first chapters and I don not plan to rewrite. Example is too much jokes in the early chapters(Even I'm getting ashamed I wrote something like that). Mushoku Tensei as the elder twin brother of Rudeus Greyrat. Cheats-> Haki, OP Body, Swordsmanship (I do not own Mushoku Tensei. It is owned by its rightful author.)