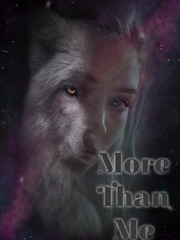 What is More Than Me

More Than Me is a popular web novel written by the author G_O_A, covering WEREWOLF, ROMANCE, ADVENTURE, WEREWOLF ALPHA LUNA LOVE, Fantasy Romance genres. It's viewed by 27.5K readers with an average rating of 0/5 and 0 reviews. The novel is being serialized to 0 chapters, new chapters will be published in Webnovel with all rights reserved.

Amelia is a werewolf. A shy and quiet girl who knows next to nothing about what she is. Raised by her human mother and abandoned by her father when he found his true mate, she and her brother know only their mother's negative feelings toward their kind. Neither she nor her brother were ever taught about what they were because of how bitter their mother was. They had never even shifted. Done with being in a house of hate, Liam (Amelia's brother) leaves home at 18 and joins a pack in Washington state. Soon after he meets his mate and begs Amelia to follow him there. After saving enough to be live alone, Amelia joins her brother in Washington and takes a job at a small Cafe. As if fate brought her there, she meets her true mate Owen, the future alpha of his pack. Amelia will go on a journey of love and self discovery, and finally learn how much power lies within her!

Wolf Girl and the Children of the Moon