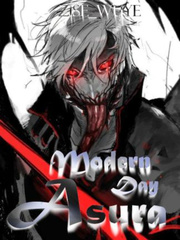 What is Modern Day Asuras

Modern Day Asuras is a popular web novel written by the author Zise_Wuye, covering MODERN, EASTERN, EVOLUTION, ADVENTURE, COMEDY, FANTASY, MALE LEAD, BLOODLINES, MODERN-FANTASY, CULTIVATION, Fantasy genres. It's viewed by 64K readers with an average rating of 4.85/5 and 15 reviews. The novel is being serialized to 65 chapters, new chapters will be published in Webnovel with all rights reserved.

Join my discord, https://discord.gg/QwWw39sf On modern-day earth, deadly epidemics spread around all regions of the world like wildfire, the ancient hidden martial sects and families used their mysterious methods to stop the ailments from spreading in their forces. Eventually, the public grew annoyed and demanded the source of their health, and the forces ended up giving in to the public wishes and publicized a source of health. Soon, all those who practiced this method became cured of their ailments and even gained more physical prowess. This period was known as the Nirvana Rebirth Era. . . . A thousand years after the Nirvana Rebirth Era martial arts and strength ruled the world and Genetic Energy and they discovered Origin Energy, Martial Forces both evil and so-called 'righteous' popped up. This book follows the adventure of Lin Feng of Lin martial clan who joined one of the top ten forces on the planet, called Asura Palace, and became one of the Eight Asuras on the planet they take all missions, even those with marginal consequences. NOTE: Cover Designed by Chainslock.