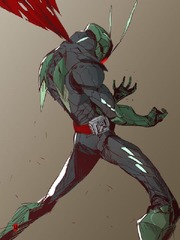 Ok lets make this quick. A Kid with an mutated quirk allowed him to go through a metamorphosis. During said metamorphosis he was able to tap into memories of his past life like watching a movie. He understands that he was reborn into another world similar to the comics/manga he used to read in his past . Perhaps hes in a manga/anime world, but sadly he has no understanding or memory of this world.Except for some gut feelings that pop up, but what do they mean? Armed with a positive personality, a transformation quirk, and another life memory experiences to help guide his way. How far will this Would be hero go? (Never written anything before so would appreciate help on learning how to write better. There's also a chance Ill deprecate this series and rewrite it again. I do have lots of ideas for this series going forward as well with enough material to write 10-15 chapters before the Entrance Exam. But ive burned myself out writing backstories on so many other concept fanfics.)