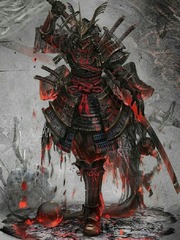 What is MCU: The Immortal Killer

MCU: The Immortal Killer is a popular fanfic written by the author Knight_Of_Knights, covering MCU, ANTI-HERO MC, MARVEL, MARTIAL ARTS, ACTION, R-18, Movies genres. It's viewed by 155.6K readers with an average rating of 4.79/5 and 24 reviews. The novel is being serialized to 5 chapters, new chapters will be published in Webnovel with all rights reserved.

One minute I was walking down the street, the next minute everything was black, and some minutes after that I found myself awake in Sengoku period Japan, impaled by dozens of swords and arrows. That time was when I first realized I couldn't die. The second time was when I pulled out all the foreign objects impaling me...and I just healed all the damage. Past that point, I took the biggest sword that had pierced my body, and I took a step forward into a new (old) world. People have been getting killed by me ever since. I don't actively go out of my way to kill people...but when they try and kill me, I can only retaliate as such. Which was bad for me because most people tried to kill me on sight for some reason.