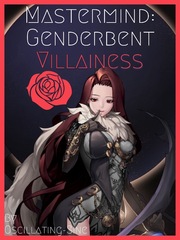 What is Mastermind: Genderbent Villainess

Mastermind: Genderbent Villainess is a popular web novel written by the author Oscillating_Sine, covering YURI, GIRLS LOVE, REINCARNATION, SYSTEM, R-18, HARÉM, ROMANCE, ACTION, ADVENTURE, COMEDY, Fantasy Romance genres. It's viewed by 1.8M readers with an average rating of 4.68/5 and 92 reviews. The novel is being serialized to 121 chapters, new chapters will be published in Webnovel with all rights reserved.

“My plan to take the throne? Flushed down the toilet.” “The life which I worked so hard to build? Lost by probability.” “Penis? Gone for good.” Tane Vermillion died in an unexpected accident, ending his bid for the eternal throne. All of his efforts had become neutered by simple accident. However, fate brought him elsewhere. “A handsome fiancé that is the crown prince? Whatever. I was more handsome and my sword was much more skilful.” “A heroine saintess that is being harassed by all of the so called handsome men? STOP RIGHT THERE YOU THUGS!” But here’s the silver lining, who said the villainess would fall for a man? 1 extra chapter on following weekend if book stays at within top 100 for the week. 2 extra chapters if the book stays in top 50. 3 extra chapters if the book somehow stays in top 10 if it ever happens. https://discord.gg/FTGcHkH