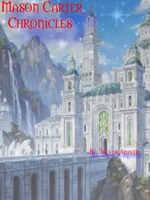 What is Mason Carter The Magic Academy

Mason Carter The Magic Academy is a popular web novel written by the author Trevor_Stover, covering SYSTEM, MONSTERS, BLOOD-GORE, ACTION, ADVENTURE, CULTIVATION, DEMONS, VIOLENCE, KNIGHTS AND MAGIC, OVERPOWERED MALE MC, Fantasy genres. It's viewed by 73.2K readers with an average rating of 0/5 and 1 reviews. The novel is being serialized to 81 chapters, new chapters will be published in Webnovel with all rights reserved.

Mason carter is a 15 year old boy from the commons who dreams of being a Knight. He trained and sparred with other dreamers from the commons just like him everyday. During a sparring match with some kids, Mason gets knocked unconscious. In his dream he finds himself in a place where the sky is filled with stars, where a mysterious voice deems him worthy. On the day of the aptitude test, he is not placed as a Knight, but as a Mage, infuriating the Nobles. Now Mason must abandon all that he knew and was to become Mason Rosewood, a student studying at the Magic Academy. In this predominantly modern, medieval world, our young protagonist must undergo various changes and endure brutal events. During his stay at the Magic Academy, he is gifted the chance to study magic in his own way. Thus he begins a journey to discover the Lost City of Garnem, but many troubles strike upon his landing on Redeal, turning his objective to that of a Revolution.

Tales of the Legendary Magus

Tales of The Mighty Dragonair