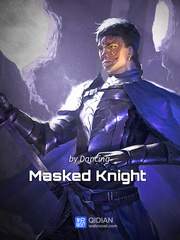 In a world where magic and sorcery flourish came a tale of a nobody who grew into a legend. Partake in the conquests and tribulations of a great army where warriors live day-to-day, seeking the thrill of combat. Experience heart-rending drama and hilarious situations while awaiting the impending arrival of the malevolent evil stirring in the darkest depths of the world... Journey alongside Rody, a young knight, as he dons a mask of circumstances that is filled with secrets to unravel the mysteries of the universe! ------ Release Rate: 5 Chapters/Week; will be released on Mon, Wed, Fri and Weekend;