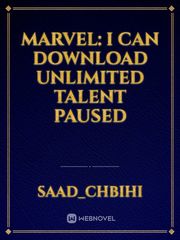 I want to say that this novel is not mine. When he woke up, Bruce found that he became an American agent.earning tens of thousands of dollars a month, enjoying all kinds of benefits, having the right and money, and having fun, but when he had not had time to be happy, Bruce found that he is actually in Marvel world. Yes, that’s right, he is in the Marvel Parallel Universe. That Thanos snapping the fingers will kill half the people in the world. Just when Bruce was desperate, suddenly get a super download system, can download other people’s abilities. Download the top agent’s fighting skills. Download Hulk’s invincible body. Download Iron Man’s latest Mark Battle Armor and inventing ability. Download Captain America’s Super Soldier Serum. Download unlimited gems? Download the udder of the black widow? ……. This is too shameless!