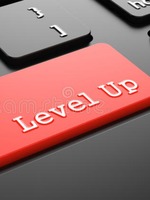 What is Marvel's Mutant Gamer

Marvel's Mutant Gamer is a popular fanfic written by the author fallingstar, covering MARVEL, SYSTEM, ROMANCE, ACTION, Anime & Comics genres. It's viewed by 2.4M readers with an average rating of 4.72/5 and 333 reviews. The novel is being serialized to 43 chapters, new chapters will be published in Webnovel with all rights reserved.

Our lovely MC becomes The Gamer of Marvel. Nuff said. The timeline will be a mixture of the comics and the MCU. Be warned, it will be weird, and probably not accurate.

Infinite Mana in the Apocalypse