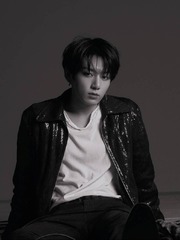 Growing up, I have been an ultimate fan of BTS - a k-pop group who rose to fame worldwide. I was a part of ARMY(name of their fandom) and I followed them, supported their group, bought their merchandises, listened to their songs, bought their albums and watched their many videos on streaming apps. Until I became old enough to know that I will never reach them on that high pedestal they were on. I was just a fan and my dream of marrying one of them is just an illusion. On that certain day, I was driving my car to attend their concert when suddenly a car crashed onto me. Blood continuously flowed in my face, my eyesight became blurred and the pain assaulted my sense but my only thought when death was knocking on my door was REGRET. Regret of not being able to see my idols on my last breath. And darkness flashed onto me...