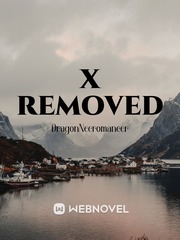 The Mahabharata, that is, the great Bharata, is one of the two most important ancient epics of India, the other being the Ramayana. The Mahabharata was compiled in Ancient India. One of the Indian sages (rishi) named Vyasa is believed to have composed the work. The legend states that god Ganesha wrote the Mahabharata while Vyasa dictated the same in the city of Rourkela in Odisha State. It is possibly one of the longest work of its kind in the world. The epic contains about 110,000 couplets in eighteen sections. There is also a 19th section named Harivamsha. The Bhagavadgita, a dialogue between Krishna and Arjuna, is a part of the Mahabharata. Sage Vyasa taught this epic to his son Suka and his students Vaisampayana and others. King Janamejaya, son of Parikshit, and the grandson of the heroes of the epic performed a great sacrifice (yagna). The epic was retold by Vaisampayana to Janamejaya at the advice of Vyasa. Later on, the other sage Suta retold the Mahabharata similar to Vaisampayana to Janamejaya, to Saunaka and others, during a sacrifice performed by Saunaka in Naimisaranya, which is near Sitapur in Uttar Pradesh. The Mahabharata in its eighteen sections deals with a number of topics. These topics cover a number of aspects of Hinduism, Hindu mythology, ethics, and the Hindu way of life.