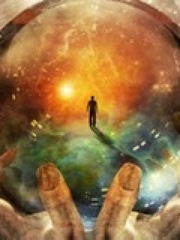 What is Magi- Unknown Prophecy

Magi- Unknown Prophecy is a popular web novel written by the author queen_marlie02, covering MAGI, MAGIC, PARALLEL WORLD, FEMALE PRATOGONIST, PG13, BY:QUEENMARLIE, Fantasy genres. It's viewed by 13.9K readers . The novel is being serialized to 11 chapters, new chapters will be published in Webnovel with all rights reserved.

There stood nine of the most ancient and powerful magis known to Celestial-a parallel world unknown to mundanes, inhabited by magical beings. Due to a prophecy heard of only by the nine magis, they were cast away by the council. After weeks of being called insane, and delusional, a decision has been made. They were to bring into this world a human girl who would be their savior in times of war, by the use of their blood. "We stand here today by the name of the goddess to bring into this world our savior by blood" "rise savior rise".