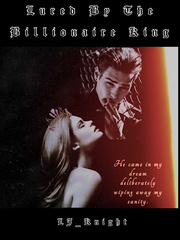 Lured By The Unknown King

Khrys Villar is a half Gorgon-human and a Demi God who ruled the Mythical realm as the King of Unknown Creature. His duty is to maintain balance within the two parallels but his life changes when he saves a mortal girl using his ability to revive life. A blood bond was made and he got a little mate whom he watched from afar until she grew up into a fine lady fitted to be his Queen. At first he let destiny decide their faith but after finding out that he is now writing his own story he took the chance and lured his mate to him. He invaded her dreams and made love to her until his very own soul is imprinted to her mind and heart. Ria Santiago is an ordinary human who gets entangled with a mysterious realm with a godly king who rules over it. At first she's in denial of her feelings and the so-called unscientific place but she finally accepts her faith when the Goddess of Destiny shows her future. It was a catastrophe and in order to change her life she has to be strong to stand together with the immortals and Gods that want to revolt against the rules set by Zeus.