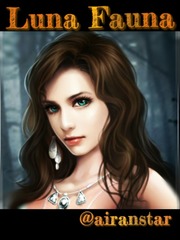 What is Luna Fauna

Luna Fauna is a popular web novel written by the author airanstar, covering ROMANCE, ACTION, ADVENTURE, COMEDY, WEREWOLF ALPHA LUNA LOVE, MYTHS AND LEGENDS, Fantasy Romance genres. It's viewed by 0 readers with an average rating of 0/5 and 0 reviews. The novel is being serialized to 0 chapters, new chapters will be published in Webnovel with all rights reserved.

Jerric is know as a fearless alpha male and the lightwood pack's alpha, and is well respected among werewolf community. But ! he and all his pack has got their own secret.... His whole pack adores the secret,when he first got to know that the moon goddess has blessed them with with this adorable gift his words were.... " I am glad that the moon goddess thought of us worthy enough to protect this soul " Him and his whole pack felt really proud of themselves that they were the chosen one. ~___________~ Davis and Fauna never got along but still there is something that attracts them to each other which got them irritated, sometimes. As davis reached the age of 18 he was unable to find his mate. Its not like he cared,anyways. A whole year passed and now its time for fauna to find her soulmate but not everything goes the way we want----- •••______••• (( English isn't my first language. so, there can be some mistakes here and there ≥3≤)) #werewolf