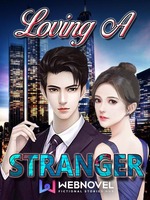 What is Loving A STRANGER

Loving A STRANGER is a popular web novel written by the author AnnaShannel_Lin, covering ROMANCE, R-18, ACTION, MODERN, ADVENTURE, VAMPIRE, COMEDY, MYSTERIES, SUSPENSE, WERE-WOLF, Fantasy Romance genres. It's viewed by 3.1M readers with an average rating of 4.95/5 and 323 reviews. The novel is being serialized to 546 chapters, new chapters will be published in Webnovel with all rights reserved.

A MODERN DAY HYBRID ALPHA-VAMPIRE STORY [SLOW PACE LOVE JOURNEY BETWEEN STUBBORN B-LIST ACTRESS HUMAN AND HYBRID ALPHA(WEREWOLF)- VAMPIRE ] ETHAN PARKER, a hybrid alpha-vampire, struggling to retain his human form to pursue the most beautiful, strong, and stubborn b-list actress KYLIE FINCH who he happened met ten years ago during the darkest day of his life. He promised to protect her, and he came at the right moment when Kylie was on the struggle, taking back what she deserves. Witnessing her mother's painful death and being driven out by her father from their home ten years ago, Kylie became an independent woman. She entered the entertainment world to provide her needs, but she still landed as an unknown actress. She portrays a rebellious character in front of them to prove her worth and strength. Life becomes tough when even the man she loved for five years betrayed her for her step-sister; They accused her of being rude and unworthy. Kylie learned to fight against those bullies and realized that only when she's strong like a hedgehog, she can protect what she deserves. Fortunately, a mysterious man appeared in front of her offering a marriage for an alliance. The man told her he would provide all her needs if she accepts his proposal, leaving no option; their deal went on. She became his wife, but he has his secret that connected to Kylie's unforgettable past. A glimpse of her vague memory ten years ago gradually unfolds. Binded by fictitious marriage, she wonders if the mysterious man who became her husband was really her ally or enemy. Would she fall for someone who isn't entirely human? Would she accept him once she knew the truth? Discover the mystery, truth, lies, and deception inside this novel. Special Note: A strong Female Lead paired with a strong Male Lead happened to be a Hybrid Alpha-Vampire King. A fantasy romance that talks about the trials and tragedy between two different individuals that meet each other and become a great couple who wanted to defeat their enemies. There are some twists inside this novel that has been fueled by mystery, suspense, revenge, and deception. Cover Created by Weilan Novel status has been completed, however, gradually uploaded daily of two chapters and mass release two or three times a month every FRIDAY (WEBNOVEL MASS RELEASE) Wanna know more about the story follow me at Instagram: annashannellin

Memories of the Night