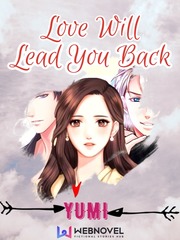 He looked at Ji An and she can sense something was wrong with him 'What is wrong with people today? Everyone seems off.' "Where have you been?" His voice was cold and firm. Ji An was taken aback by his question and the tone of it seemed like he was angry. "Do I have to report to you what I'm doing and where I Am?" She sarcastically replied and tried to ignore him. He moved closer to her and he put his left arm on her side resting on top of the bonnet of his car and his right arm on the other side. She can't go anywhere, he basically trapped her in between his arms. He moved his face close to hers and his lips hovered on hers, it was dangerously close. "Yes, you should. Since I'm your husband, I should know where you are and what you are doing and who you are with." He inhaled her sweet scent and he let out his cool breath on her lips "I'm the jealous type of husband, I don't want that Eric near you." He still didn't move. Ji An's heartbeat pounded erratically, she struggled to think for a comeback for what he said. But she can't think of any, all she knew was his cool breath was so inviting, his lips were so close that a simple movement from her will seal a kiss. 'Why am I like this?' Her body temperature rose rapidly her behaviour was uncontrollable. She tried to pull herself away from her shameless thoughts of him. Cheng Ze can feel the heat coming from her body. 'Is she unwell?' He moved away from her and saw her flushed cheeks. Her breathing was different from normal. He touched her face and her forehead "Are you unwell? Do you have a fever?" He asked in a very concerned voice. His touch felt cool against her warm skin. But instead of cooling her down, her body temperature rose even more. He became more worried than earlier. She was incredibly warm. It's not normal. Ji An has no control over her body now, her desire and her lust for him has taken over her. She knew she shouldn't but her body knows different. He asked Ji An for her key but she didn't respond. He looked on her bag and he found it. He carried her up to the door and he opened it. Before he can carry her again, to take her inside, she grabbed the collar of his suit and pulled him to her. She kissed his lips like she really wanted it as if it belongs to her. He doesn't know what's going on with her, but her kiss was making him lose all senses. He pinned her against the door and he held her waist, he responded to her kiss very passionately, full of love and admiration. His lips then travelled to her neck and he gently gropes her breast with his left hand while his right hand was still on her waist holding her in place. He wanted her, all of her 'She's giving herself to me voluntarily.' With that thought, it made him want her more. "Baby" he whispered in her ear, while he kisses and nibbles her earlobe. "Not here... we have to get inside first." His whisper somehow turned her on even more. https://discord.gg/8yb8Zy8