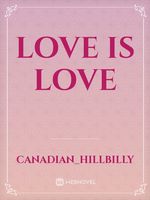 What is Love is Love

Love is Love is a popular web novel written by the author Canadian_Hillbilly, covering ROMANCE, COMEDY, FRIENDSHIP, FAMILY, BETRAYAL, BOYXBOY, FRIENDS, HEARTACHE, STEAMY, STALKER, Romance genres. It's viewed by 14.5K readers with an average rating of 0/5 and 1 reviews. The novel is being serialized to 5 chapters, new chapters will be published in Webnovel with all rights reserved.

Updates will be done twice a week! Levi Jackson was considered the school 'geek' he did his homework, always showed up for class, and never missed a day...5 years after he graduated high school he became the president...Well at least that's what his parents wanted to believe. What really happened was...Levi graduated from high school with honors and opened up his own hair salon boutique. He became one of the top hair stylists in the world! The only downside is...he's completely oblivious. Nathan Holland was considered the schools 'popular kid' he never did his homework, never showed up for class, and always skipped out on school...5 years later he cleaned up his act and became the best son a parent could ask for...well that's what his parents wanted to believe. What really happened was...he graduated with honors (I don't know how so don't ask me!) and took over the family business. He became one of the richest CEOs' in the world! The only downside is...he's overprotective. So how did these two complete opposites come to meet? Read the book to find out... {WARNING...this book has BOYxBOY action in it. So if you don't like that kind of stuff or you 'accidentally' clicked on this book then...RUN! CLICK THE BACK BUTTON AND NEVER LOOK BACK!} OR {if you like this kind of stuff or purposely clicked on it then...OPEN THIS BOOK AND READ, READ, READ!!! Wow, I felt like Igor when I said that. U know when he says RISE, RISE, RISE!!!} Yup...Nailed it...Enjoy