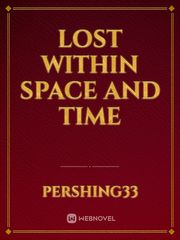 Lost Within Space and Time

What is Lost Within Space and Time

Lost Within Space and Time is a popular web novel written by the author Pershing33, covering ACTION, ADVENTURE, RWBY, OC, WARHAMMER 40K FANFIC, WH40K, SANGUINEOUS, War&Military genres. It's viewed by 1K readers . The novel is being serialized to 1 chapters, new chapters will be published in Webnovel with all rights reserved.

Aleticus Solaris, primarch of the Solar knights space marine legion. When chaos gods scattered aleticus and his brothers across the galaxy. He had come upon planet luminor. A Planet furthest from the sun in a backwater solar system not yet touched by the Emperor's truth. Growing up Aleticus shown to have an affinity for taping into the warp as well as combat. When found by the emperor, Aleticus pledge himself saying. " Father. I owe you and this newfound imperium my life, I for now and forever will spend it in your name." With that. Aleticus left off to meet his brothers. particularly growing close with his brothers Vulcan and Sanguineous as well as Horus. The Great crusade pushed onwards and victory seemed to be within the imperium's grasp. That is until Horus Heresy. Sanguineous in an attempt to buy Holy Terra (earth) and the Emperor time by sacrificing himself to the much more powerful Horus. When the Emperor arrived and found his son dead. A vicious duel ensuied and ended with Horus destroyed and the Emperor fatality wounded and forever entombed on the golden throne. Learning of this, Aleticus vanished into the warp for revenge over his brother and fathers death. After thousands of years of killing warp spawn. A giant energy wave had wiped him into obscurity, never to be seen again. His legion becoming splintered by the holy codex and worshiping their lost father as a son of the god emperor of mankind.