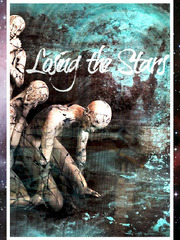 Zetah had studied the stars for the entirety of his short life, all seven years of it. Everything came from the stars. The stars held the patterns of seasons, of time and destiny. It was from the stars that the gods had sent their messengers, in the time of his great-grandmother. The messengers came again for his great-aunt, and again for his uncle. And someday, they were going to come for him. Deleted from here and moved to Amazon kindle: https://www.amazon.com/dp/B0865434XX