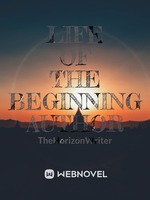 Life Of The Beginning Author

What is Life Of The Beginning Author

Life Of The Beginning Author is a popular web novel written by the author HORI_16, covering WRITER, TEENFICION, LIBRARY, STORYTELLING, FRIEDSHIP, BEGINNER AUTHOR, BOOKWORM, SLICE-OF-LIFE, COLD-HEARTED, Realistic Fiction genres. It's viewed by 4.7K readers with an average rating of 0/5 and 2 reviews. The novel is being serialized to 15 chapters, new chapters will be published in Webnovel with all rights reserved.

"How to write stories like a real author?" Before you're good at making stories, you were a beginner like Asher. Asher Westergard is a teenage boy whose dreams of becoming an author are coming to life, but he struggles to write a story that can be enjoyed by readers. By chance he met Esther Violette, the acting librarian (Warning: Do not mess with her) who gladly helped him and became his teacher. "Will he be able to fullfil his dreams?" "If you don't shut up I'll sew that mouth of yours, even if it means breaking the fourth wall." Esther's voice was heard. "He's just telling the description." Asher's voice as well.