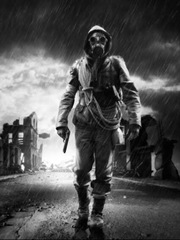 What is Leveling System in Apocalypse World

Leveling System in Apocalypse World is a popular web novel written by the author PBOM2004, covering APOCALYPSE, SYSTEM, KINGDOMBUILDING, ADVENTURE, ACTION, EVILMC, ZOMBIE, Martial Arts genres. It's viewed by 901.6K readers with an average rating of 4.06/5 and 27 reviews. The novel is being serialized to 62 chapters, new chapters will be published in Webnovel with all rights reserved.

This will be a story about a survivor who tried to survive until the End but still died. "I regret my entire Life" The young man said as he was surrounded by a lot of zombies. He knew that he didn't have a chance now that he was bitten at least he wouldn't die getting eaten to chunks by Zombies. He trusted many people but in the end all of them Betrayed him, They used him and when he had no used anymore they would just throw him to the landfill. He regrets for not living his life, Having a Love and He regrets that in the end he didn't survive. [Leveling System Activated] [Host last wished has been granted...] [Activating Reality Breaker] [Gaia has not agreed on the transport] [Host wish is a top priority] [Disposing Opposition....] [Opposition Destroyed] [Reality Breaker Activated] The young man felt an earth and saw the buildings around him collapsed. He looks at the sky and saw a crack that was trying to suck him in. He tried to hold onto something but he was already flying through the sky before he could do it. [Preparing for year 2012] [Travelling in 3....2.....1....0] The Crack sucked him from the world and the young man was dragged into the abyss. (MC is Evil)