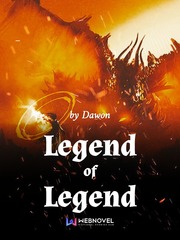 What is Legend of Legends

Legend of Legends is a popular web novel written by the author Dawon, covering KOREAN, Video Games genres. It's viewed by 2.8M readers with an average rating of 4.1/5 and 262 reviews. The novel is over and can be read all 599 chapters in Webnovel with all rights reserved.

The world is in a state of panic. Every Friday, thousands of people in the world fall under a sudden deep sleep which for some reason causes their bodies to become immune to physical damage and is soon followed by those very people falling into a coma, unknown to the world as to when they will awake again. Junhyuk Lee is just an average guy on his way to a job interview. However, his interview happens to be on a Friday and on his way there he suffers an accident that changes his life. He finds the answers that everyone has been looking for, but, in exchange, he is thrown into a world where his life is always in peril. Living side by side with death. He has to fight and kill, to save himself and, possibly, the rest of humanity. Follow Junhyuk as he treads on the path of becoming a Legend amongst Legends. **A licensed novel from Munpia** --- Editor Views - By Ekdud: Legend of Legend is a novel based on the battle arena games such as LoL, dota and others like it. Countless number of lifeforms of different races from multiple dimensions and worlds are brought into the ‘Valley of Death’ where they start off as minions and where a small percentage of them unlock abilities. Those who are able to unlock all 3 abilities, as well as the final ultimate ability, are able to become ‘Heroes’, the game characters we would be playing. It is an extremely interesting novel because instead of viewing from the angle of the main focus of the game, the novel takes a different approach as the viewpoint is shifted towards the lackeys on the side. There are other ‘Heroes’ by the main character throughout the story as well where the allied Heroes are helping him and the enemy Heroes trying to kill him. Also, the entire story is not entirely situated in the ‘Valley of Death’, the main character also has issues in his real life. The main character will have to deal and adapt as he switches back and forth between the ‘Valley of Death’ and the real-life world.