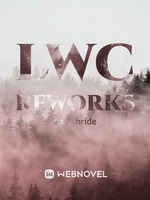 Lady of the Weeping Chambers

What is Lady of the Weeping Chambers

Lady of the Weeping Chambers is a popular web novel written by the author ghostbride, covering R-18, ROMANCE, REVENGE, ANGST, PRINCE, INTELIGENT FEMALE LEAD, EMPEROR, HISTORICAL-ROMANCE, Historical Romance genres. It's viewed by 15.5K readers with an average rating of 0/5 and 1 reviews. The novel is being serialized to 5 chapters, new chapters will be published in Webnovel with all rights reserved.

Li Yitian was once married to the crown prince of the empire Wuye, but after a revolution that resulted in the deaths of her whole family, she is stripped from her titles and ruled out of the palace. Now she maintains life by entertaining as a courtesan in the capital city's most popular brothel. However, unable to accept fate, when her performances end and her mask is off, Yitian's only goal is to exact revenge on all the wolves of the revolution who had taken everything away from her. More complications arrive when the second prince falls for the courtesan, and the world seems to be pitting them together. Naive and ignorant to politics, the second prince cares not about inheriting the throne. All he wants is to make his brother's ex-wife his. _ "Your Highness, I can't do anymore tonight." Li Yitian, weak from slumber, meekly attempted to push away the prince's warm hand. His fingers trailed the length of her meaty, white thighs, while his lips tickled the surface of her bruised neck. He pulled her into his embrace until her back pressed into his bare chest. He whispered into her ear with a dark voice: "I'm not done with you until I'm satisfied."

Back in Time: Through time and Space, Love Persist