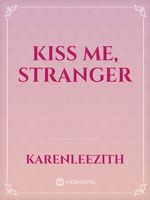 What is Kiss Me, Stranger

Kiss Me, Stranger is a popular web novel written by the author karenLeezith, covering MARRIAGE, ROMANCE-COMEDY, CHEATING, HUSBANDANDWIFE, YOUNGLOVER, Contemporary Romance genres. It's viewed by 2.6K readers with an average rating of 0/5 and 0 reviews. The novel is being serialized to 1 chapters, new chapters will be published in Webnovel with all rights reserved.

Since the business of her husband soared, Callie had found them being distant from each other. They were losing touch with each other and she thought that their wedding anniversary would ignite the spark they once had. But instead of reigniting an old spark, she found herself playing with a young, hot, and charming fire named Hardin Harrison.