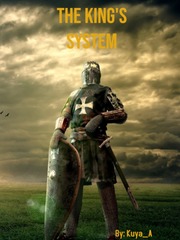 What is King's System

King's System is a popular web novel written by the author Kuya_A, covering KING, COMEDY, LIFE, ARMY BUILDING, RICH, POOR, MONEY MAKING, Video Games genres. It's viewed by 1.1K readers with an average rating of 0/5 and 0 reviews. The novel is being serialized to 2 chapters, new chapters will be published in Webnovel with all rights reserved.

Drake was once a prince but unfortunately he was ousted from the kingdom. His parents, who were former queens and kings, died. That is why his uncle snatched from him the throne that his parents had bequeathed to him, and he was expelled from the kingdom. Drake promises himself that one day he will take back the kingdom from his uncle. While he was digging for his father's belongings he discovered a book, entitled King's System. When he opened it, it released an aura that immediately entered his body.