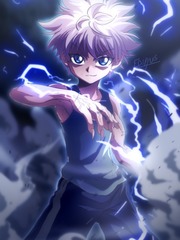 The last thing he expected after being cornered by his family members was for Alluka to teleport him to a new world. Now the assassin is stuck inside strange world where people have weird powers called ... Quirks? Release schedule might be pretty messed up as I try to find time between school and sports. Updates will typically be on weekends with maybe 1-2 throughout the week or more if I’m not too busy. Chapter average is 2000 but might go over or under slightly. Inspiration and some ideas from Dr.Writer21 for My Hunter Academia on FF.net so I recommend you check it out. Real good story, but author stopped updating. Not everything will line up, so don’t get all offended if I butcher the plot. Events will turn out very different most likely in different orders so just mark it up to his interference changing the timeline. AU take on many parts, but I will keep most of the plot lines along with it. He will be very op since power levels of hxh are above most hero’s and I’m not going to nerf, so don’t expect some desperate come from behind victory for a fight. Might be a bit dark at some parts since most people forget behind that cheery kid, is a childhood pretty much filled with torture both physical and mental. Nothing else to say so don’t take too seriously, and Enjoy Killua being badass in the world of heroes. Cover by EDIPTUS on deviant art *I own nothing