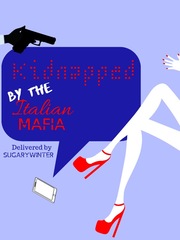 Kidnapped by the Italian Mafia

Do you ever wonder what your life will be like when you cross paths with your arch nemesis? Yes? Well buckle up, it’s a wild ride. Katarina Montenegro is what everyone would simply call spoiled. She was raised with a silver spoon in her mouth and a custom Tiffany’s diamond tiara on her head. She was referred to as The Spanish Princess by everyone who knew of her existence, and she revelled in the nickname. She was young, cunning, and powerful. There was nothing Katarina wanted that she didn’t have. On the other hand, Marco DiBiancci was known by everyone as The Emperor Lynx, due to his ability to see through deception as easily as he could breathe. Unlike Katarina, who lived a mainly pampered life, Marco was raised by a strict father who wanted him to be in the front lines of the job since he was fourteen years old. He had spent his years getting his hands dirty and washing them again. He was young, strong, and powerful. There was nothing Marco wanted that he didn’t take for himself. The common ground? They were both set to inherit their father’s thrones as King and Queen of their respective organised crime kingdoms. The problem? Marco wanted Katarina, or more importantly, he wanted what she was set to lay claim on. Even though the two had never met, Marco was determined to get his hands on her by all means necessary, and that’s how we’re here. This is how I, Katarina Montenegro, was kidnapped by the Italian mafia.