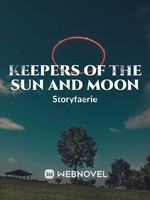 Keepers of the Sun and Moon

What is Keepers of the Sun and Moon

Keepers of the Sun and Moon is a popular web novel written by the author Storyfaerie, covering ROMANCE, MODERN, LGBT, GAY, AFRICAN AMERICAN, POC, Fantasy genres. It's viewed by 1.8K readers with an average rating of 0/5 and 0 reviews. The novel is being serialized to 3 chapters, new chapters will be published in Webnovel with all rights reserved.

People born with what we now consider Magic have been around for eons, in the form of individuals known as Keepers. They lived among those without abilities, known simply as non-users, but slowly the Keeper population dwindled. In the present, Caleb Teller is a Sun Keeper who can radiate an aura that affects people's emotions. He finds himself constantly running into James Mason, a Moon Keeper with precognition, who he usually made a point to avoid. Avoiding him becomes more difficult when they discover a plot by a secret society to overtake their town and rid it of non-users. Now they have to figure out what exactly the society's plan is and how to stop it.