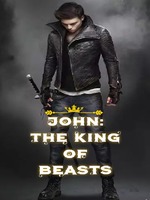 John: The King Of Beasts

What is John: The King Of Beasts

John: The King Of Beasts is a popular web novel written by the author Anone, covering SUMMONED BEAST, ROMANCE, R-18, SYSTEM, TRANSMIGRATION, AFRICAN SETTING, WARS, CARDS, ADVENTURE, ALTERNATE DIMENSIONS, Magical Realism genres. It's viewed by 14K readers with an average rating of 0/5 and 2 reviews. The novel is being serialized to 10 chapters, new chapters will be published in Webnovel with all rights reserved.

For the most part John understood what his life was supposed to be like, where he had to go and who he had to be. as an African there wasn't too many choices offered and all he wanted to do was go through university and keep his twin brother safe and hopefully save him from his cult ways. however sometimes life never goes as planned! an accident during a university inter cult gun battle with his twin brother as a target saw John transmigrated into an alternate Earth, right on top of a dam and amongst a pile of dead bodies, in a body that was both familiar and foreign at the same time. not to mention the cat like dog or dog like cat creature talking to him, the soldiers with massive gorrilas were all too different. now two years later after adapting to a new earth where the Summoning of blood and soul beasts were the norm, John finds himself wanted for the simple fact that his Dog like cat(or the other way around) companion was unique and due to that, so was he. now he's on the run, and the only path forward seemed to be leading him to one thing and one thing only..........War against the powers that be, as he leads the people the country considered lost, outcasts, dregs of society who were no more than beasts.