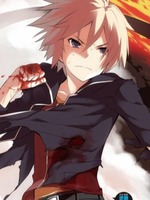 What is Izayoi: Vector Control

Izayoi: Vector Control is a popular fanfic written by the author AGuyWhoWrites, covering OP-MC, MULTIVERSE, Anime & Comics genres. It's viewed by 290.3K readers with an average rating of 0/5 and 5 reviews. The novel is being serialized to 10 chapters, new chapters will be published in Webnovel with all rights reserved.

I died and woke up in a void. In front of me was a screen asking me to choose 3 powers. I made the obvious choice and picked Vector Control, Code: Unknown, and the Kaleidoscope. Now I'm going to go through the multiverse and do what I want. This is mostly just for me to have some ideas I had when I'm bored written down, don't take this too seriously, it's my first time writing. Expect a wish fulfillment story of someone somewhat similar to Sakamaki Izayoi in personality, however there will be differences as well.