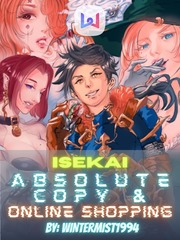 What is Isekai Absolute Copy and Online Shopping

"Whaa--- I can order Mcdonalds in isekai ?!! With this i can still eat junkfood without problem in the middle of the jungle mwahahahahah! what is dry meat ?! i dont need it !!" Alex the only one otherworlder begin his journey in sword and magic world with hamburger in his hands. . . . patreon.com/wintermist You can see the Illustration on my Patreon (It's new) the character illust and everything will be uploaded there (now its just a world map as well as continent map there XD)