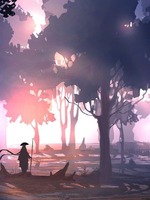 Into A Clan From Another World

What is Into A Clan From Another World

Into A Clan From Another World is a popular web novel written by the author wolfster101, covering REINCARNATION, OP-MAIN CHARACTER, ANOTHER WORLD, HARÉM, ISEKAI, MAGIC, ACTION, NINJA, TAMER, Fantasy genres. It's viewed by 159.5K readers with an average rating of 0/5 and 7 reviews. The novel is being serialized to 39 chapters, new chapters will be published in Webnovel with all rights reserved.

Ever wonder what would happen when a construction worker gets to get a taste of another world? How he would manage a clan? What crazy things would occur to him? How much he would change? How good or bad can a story of a new writer be? Then read For those of you that do, thank you and if you don't keep it in mind.

Shadow Emperor in Another World

Toriko in the hidden leaf

Tale of the Legendary Emperor (OLD)

The Legend of The Tamer