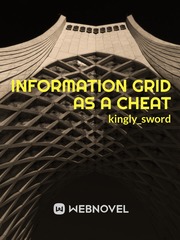 Information Grid as a Cheat

This guy is a friendly neighborhood intergalactic spy. Unfortunately, his life is in jeopardy due to his career choice, but his enemies are too wide and too galactic he cannot evade them. So he goes nuclear. To start over, he kills his old life but wakes up in an android. Moreover, he also hatches a brilliant plan to make his former life completely disappear, so that he may be considered well and truly dead. It's a deadly plan with very low chances of survival but it's all he's got. Will he make it, and more importantly, what kind of new life will he make for himself? This is a journey of love, war, and magic. You will also find plenty of Kingdom building going on. A new world and a new lease of life, with nightmares he cannot even begin to fathom. However, the man quickly realizes that with his power he had more to offer than just espionage. With his strength, he might just be powerful enough to save the universe.