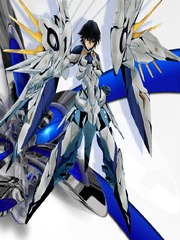 After being rescued by a mysterious person when he was kidnapped at the age of seven, Orimura Ichika discovers a new world. After successfully convincing the vice-leader of the group called [Zodiac Beats], a woman who calls herself 'Tigre', Ichika joins that group and begins her journey. Even when he had to go to the school where he starts using ISs, he remains in the group. This is a boy's journey, which demonstrates that a 'dragon' is above all. The cover is not mine, I got it on the internet.