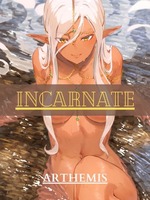 Incarnate is a popular web novel written by the author Arthimis, covering R-18, SMUT, HAREM, NETORI, SEXUAL CULTIVATION TECHNIQUE, HAREM-SEEKING PROTAGONIST, SEX SLAVES, NSFW, CULTIVATION, INVERTED BEAUTY, Fantasy genres. It's viewed by 139.9K readers with an average rating of 4.65/5 and 11 reviews. The novel is being serialized to 8 chapters, new chapters will be published in Webnovel with all rights reserved.

I never thought I made a harem by making a manga