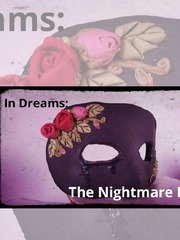 In Dreams: The Nightmare King

What is In Dreams: The Nightmare King

In Dreams: The Nightmare King is a popular web novel written by the author KaysKats, covering ACTION, ADVENTURE, MODERN, FANTASY, HORROR, FEMALE LEAD, SCI FI, ANXIETY, NIGHTMARES, Fantasy Romance genres. It's viewed by 31.3K readers with an average rating of 0/5 and 0 reviews. The novel is over and can be read all 40 chapters in Webnovel with all rights reserved.

"I recognize you, little one. You venture into my kingdom often at night. Do you remember of what you dream?" The voice was mocking, with a hard edge of menace. Disjointed images ran through my head from my dreams. "You should know better than these others of what you face here." Eight feet above the ground a man's face had appeared. He leered, hard eyes and a cruel smile forming from the dark. A heavy foot caused the shadows to scatter at his feet as he stepped forwards. Another step forward and his other leg appeared, along with a beard and short haircut. He swung his newly formed arms wide, shadows still clinging to them in tattered rags. "For the rest of you, allow me to introduce the citizens of my kingdom." He glowered. Most of our group took a step back. "These are you fears, they are your forgotten, they are your dead, they are your Nightmares, and I am their KING!" He proclaimed and the rest of the shadows solidified around his form, creating a loose black shirt, matching pants and a high pointed crown. "Go, find the artifact! Let no man stand in your way." He bellowed to the assembled creatures with a smirk. "And mow these fools down if you must as you go." Sometimes I have nightmares. Sometimes those nightmares are real. Sometimes they're warnings. Fall into a world where anxiety becomes a super power, the main characters are perfectly flawed humans, nightmares are real, and the dead come back for revenge lead by the King of Nightmares Kind of a slow start, things start getting interesting in the third chapter or so. Please excuse the rough quality, I'm still new to this. Any errors or misspelling, please let me know ?